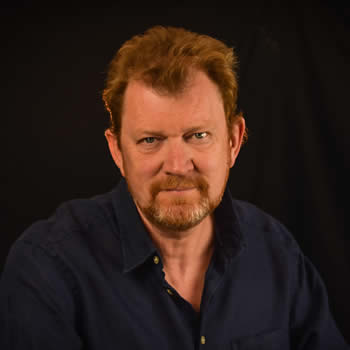 Based in London, England, Guy Jackson is a composer who specialises in highly emotional, crafted, layered musical compositions, amalgamating acoustic and electronic sounds and encompassing both classical and ambient genres.

His work is perfectly suited to the silver screen, enhancing and supporting the mood and tone of a broad variety of visual content.

Guy is the resident composer and sound designer for Berlin-based game creators, Jo-Mei Games and he scored and produced the sound effects for many of their online games. Jo-Mei recently created the console game Sea of Solitude that was released  July 2019 is association with Electronic Arts and Sony Masterworks released the Sea of Solitude original soundtrack on Sony Classical.

Alongside his soundtrack projects he composes with his long-term collaborator, pedal steel guitarist, BJ Cole. Guy and BJ have produced two CDs in the form of the critically acclaimed Transparent Music project, which features musicians such as the legendary Davy Spillane, trumpeter Arve Henriksen, bassist Mo Foster and slide guitarist Michael Messer.